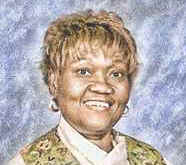 I can hear God's voice saying to Peter, James, and John: "This is my Son, listen to him! Slow down. Don't be so quick to move things your way, to shape the world as you see it Peter. Don't be so quick to climb the corporate ladder, to join the rat pack and be number one John.
Don't try to beat your colleagues to the first position James. Slow down. My Son is trying to show you another way, another world, another kingdom. If you will listen slowly. There is a simple song which goes like this: “In my life, Lord, be glorified, be glorified; in my life, Lord, be glorified today.” How do we glorify the Lord in our lives, homes, churches and the world? We glorify the Lord by building relationship with Jesus.

12Seeing then that we have such hope, we use great plainness of speech: 13And not as Moses, which put a vail over his face, that the children of Israel could not stedfastly look to the end of that which is abolished: 14But their minds were blinded: for until this day remaineth the same vail untaken away in the reading of the old testament; which vail is done away in Christ. 15But even unto this day, when Moses is read, the vail is upon their heart. 16Nevertheless when it shall turn to the Lord, the vail shall be taken away. 17Now the Lord is that Spirit: and where the Spirit of the Lord is, there is liberty. 18But we all, with open face beholding as in a glass the glory of the Lord, are changed into the same image from glory to glory, even as by the Spirit of the Lord. 4:1 Therefore seeing we have this ministry, as we have received mercy, we faint not; 2But have renounced the hidden things of dishonesty, not walking in craftiness, nor handling the word of God deceitfully; but by manifestation of the truth commending ourselves to every man's conscience in the sight of God. (KJV)

28And it came to pass about an eight days after these sayings, he took Peter and John and James, and went up into a mountain to pray. 29And as he prayed, the fashion of his countenance was altered, and his raiment was white and glistering. 30And, behold, there talked with him two men, which were Moses and Elias: 31Who appeared in glory, and spake of his decease which he should accomplish at Jerusalem. 32But Peter and they that were with him were heavy with sleep: and when they were awake, they saw his glory, and the two men that stood with him. 33And it came to pass, as they departed from him, Peter said unto Jesus, Master, it is good for us to be here: and let us make three tabernacles; one for thee, and one for Moses, and one for Elias: not knowing what he said. 34While he thus spake, there came a cloud, and overshadowed them: and they feared as they entered into the cloud. 35And there came a voice out of the cloud, saying, This is my beloved Son: hear him. 36And when the voice was past, Jesus was found alone. And they kept it close, and told no man in those days any of those things which they had seen. (KJV)